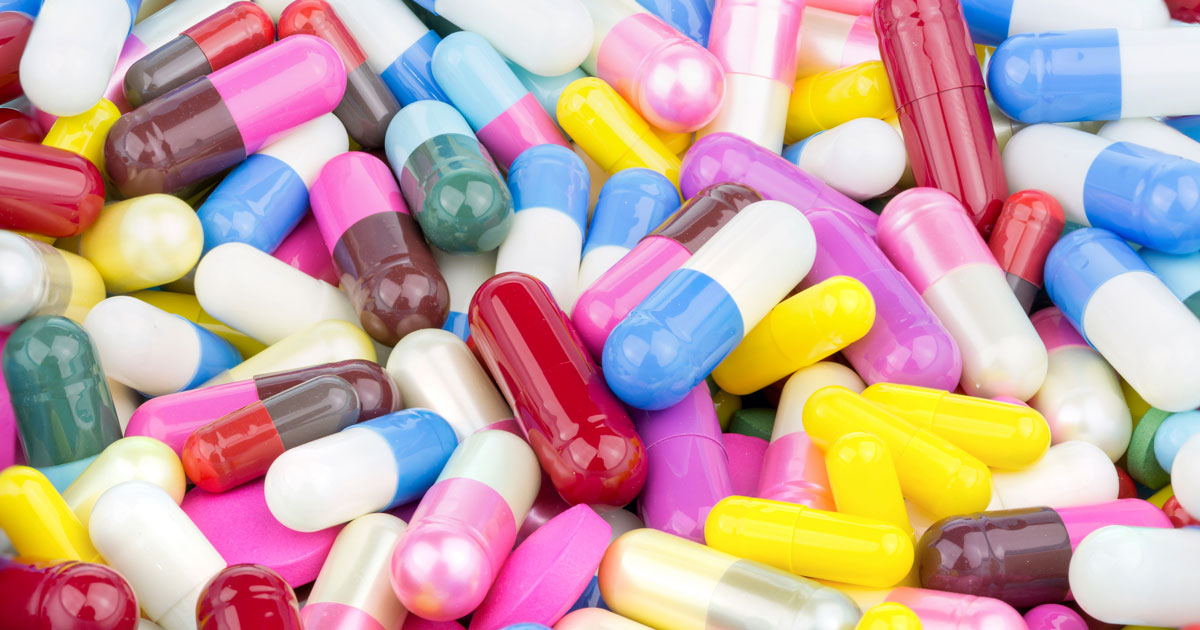 Hormones can be more powerful than they first appear, and not always in a good way.

Estrogen has been found to decrease OAB symptoms, but one fairly recent study in the U.K. found that there were no significant differences between those receiving vaginal estrogen therapy and those who received a placebo. However, some women did experience vaginal bleeding, and five participants required a hysterectomy due to complications.

Desmopressin has been shown to cause some mild side effects like headache and diarrhea, but only in a small percentage of patients. Moreover, one study found that combining desmopressin with an anticholinergic was more effective at treating OAB symptoms than using an anticholinergic alone.

Generally, OAB medications are taken daily, sometimes in pill form and sometimes in topical form (skin patch or gel). It’s good to keep in mind the method and timing of the medication when you’re making your choice, but there are other important points to consider, too.

Possible side effects, expense, and the extent of research that has gone into the drug all help to determine which approach will suit you best.

Mirabegron is a unique one as it is the first and only one of its class, which is the beta-3 adrenergic agonist. More importantly, it is one of the most recent and most promising in treating OAB. How it works is it targets the beta-3 receptors and stimulates them to relax and reduce muscle spasms of the bladder and urinary tract. This will increase the bladders capacity to store urine.

Mirabegron, or Myrbetriq, also has no generic brand available yet for purchase. This means that to get this medication, your doctor has to prescribe it, and your pharmacy usually will decide on the overall cost to dispense. However, it is a well-received and promising medication that may be worth looking into if you’ve tried other medications with no luck.

Flavoxate is another urinary antispasmodic. It aims to treat painful urination, bladder pain, incontinence, frequent or urgent urination, and night-time urination. However, it is not able to treat a bladder infection.

Flavoxate is a fast-acting medication that works by reducing muscles spasms of the bladder and muscles spasms of the urinary tract. These can be the occurrence of frequent catheter usage, as well as interstitial cystitis, among other conditions. That being said, flavoxate has been used to treat many other types of conditions like this, so its inclusion of treating OAB has been a more recent development in the past two years.

Trospium belongs under the antispasmodics category, however, it is also known as antimuscarinic/anticholinergic drugs (which in other words, these drugs relax smooth muscles in the body, such as your bladder, by relaxing the nervous system).

Trospium drug works by relaxing the muscles in the bladder, the detrusor muscles, which will improve your ability to control when you urinate. It will help tackle all aspects of OAB, like your frequency, urgency, urge incontinence, and nocturia. Trospium is one of the only drugs that is across the board recommended to be taken an hour before eating, as opposed to with or without food.

The last one in this category we’ll talk about is Belladonna tincture. Belladonna (also known as deadly nightshade) is a natural plant. The plant is toxic if ingested. There are a few ways Belladonna can be used in OAB medicine. Combined with phenobarbital, an antiseizure medication, it can be used to treat symptoms of OAB by decreasing muscle activity, gastrointestinal tract spasms, as well as act as a mild sedation.

This scientific discovery allows for it to treat many things in the body including colitis, spastic bladder, diverticulitis, infant colic, renal and biliary colic, peptic ulcers, and IBS (irritable bowel syndrome). It comes in a liquid/syrup form, Belladonna Tincture, as well as in a suppository (B&O Supprettes Rectal) for those suffering from severe muscle spasm pain in the tubes that connect the kidneys to the bladder.

This medication is specifically for men, however, it is under the list of treatments for OAB because it treats the symptoms of an enlarged prostate, along with passing kidney stones, as well as urinary retention.

In BPH (benign prostatic hyperplasia) Tamsulosin does not affect the size of the prostate, but it does help relax the muscles in the prostate and in the bladder neck. Symptoms of BPH are similar or the same as OAB, such as urgency, and frequent urination during the day and night, however, men who have BPH also might experience weak stream and a difficulty in starting a stream.

Tamsulosin will help relax the bladder muscles and allow for easier urination.

New OAB Medications on the Market

The latest medication that has been introduced to the market is Propiverine. Although it’s been around since 1993, drugs take years of studying and testing before being approved for patients. It is an anticholinergic drug, which as we said earlier, helps relax the smooth muscles in the body. This drug tackles all the symptoms of OAB.

There are doses specifically marketed towards children and their weight, for efficacy, of 5 years and up as well. This is significant, as children aren’t always the target market for overaction bladder medication.

If you haven’t had any success with other anticholinergic drugs, this drug has been compared to others in its class and was more successful at treating OAB symptoms in men and women, so it may be worth asking your doctor about.

You May Also Like:Can You Use Herbs for Overactive Bladder?
Related Search Topics (Ads):

Lifestyle changes and medication will usually do the trick for most OAB patients, but if you’re one of the unlucky few to experience little relief, don’t lose hope. Some other options might be able to improve your condition.

Botox has been used for wrinkles, twitches, and skin issues for quite a while, but it has also proven effective as an OAB treatment by paralyzing the overactive detrusor muscle. The pros are impressive, and the cons are few: studies show that Botox injections into the bladder are safe, long-lasting, and effective, and the risk of side effects is low. In fact, the majority of patients saw major improvement in their symptoms, and many did not need another injection for over a year.

No medicine or therapy is completely risk-free, so you’ll need to weight the pros and cons before deciding on an OAB intervention. However, the good news is that you have several options to try, which means there’s an excellent chance you can bring your bladder issues under control with a bit of patience and medical guidance.