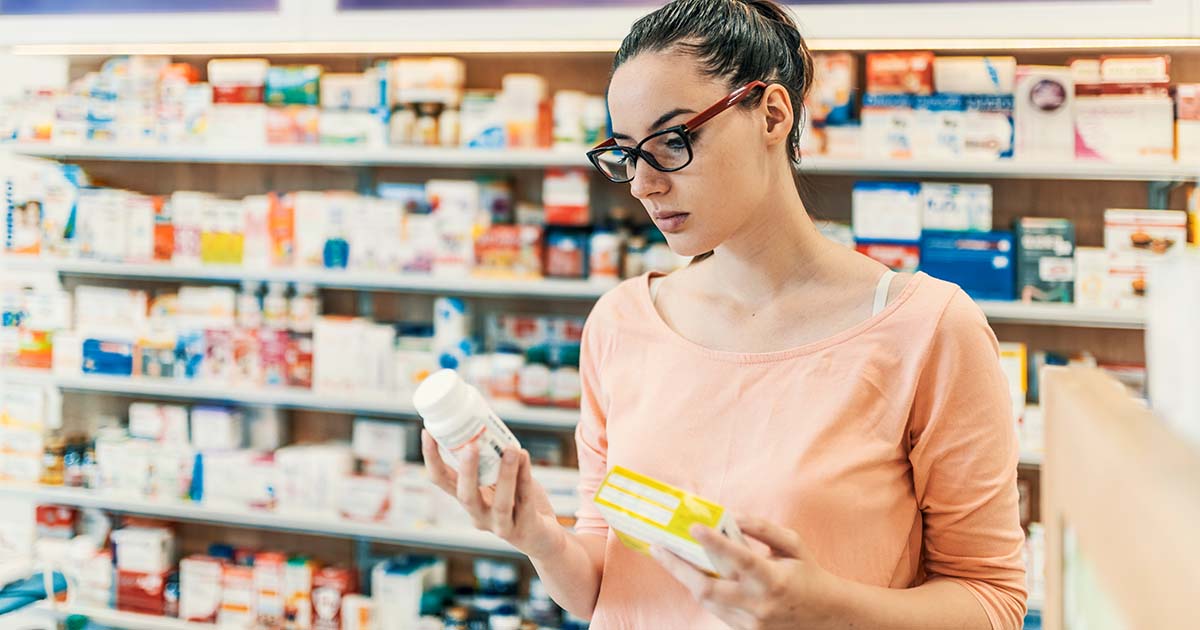 The Urology Care Foundation notes that upwards of 30 percent of men and 40 percent of women suffer from overactive bladder (OAB). Unfortunately, many people do not seek assistance with their symptoms due to embarrassment, or perhaps they don't perceive their symptoms as being severe enough to require medical attention.

You should know that OAB is not a symptom of growing older, and it is not limited to just women.

There are some treatments which can help. Here is a list of over-the-counter medicine for overactive bladder that's available.

Oxybutynin, when purchased over-the-counter, is available as a transdermal patch. This patch delivers 3.9mg of the medication through the skin and can be applied to the abdomen, the hip, or the buttocks.

The caveat? It can only be used for women. Men with OAB must receive a prescription for a transdermal patch or an oral oxybutynin prescription.

To use the patch, it should be applied to the areas as previously discussed. It is changed after four days, then applied to a different location.

So, how does oxybutynin work to relieve OAB symptoms? Well, oxybutynin is an anticholinergic medication, meaning that it blocks acetylcholine. Acetylcholine controls smooth muscle contractions – and the bladder is comprised of smooth muscles. According to Healthline, "oxybutynin acts on acetylcholine receptor cells in the detrusor muscle, the large bladder muscle that squeezes out urine. Reducing the number of detrusor spasms allows the bladder to fill with urine before triggering the sensation of having to go."

Side effects of transdermal oxybutynin may be minimal compared to oral oxybutynin, but may include:

Bladderwrack is a form of seaweed; it is often used to treat thyroid problems, specifically hypothyroidism. However, many people use it to treat OAB.

However, there isn't enough sufficient evidence to state that bladderwrack is an effective treatment for OAB.

A Chinese herb, Gosha-jinki-gan, has scientific evidence that it may be effective in treating OAB. According to Healthline, "A 2007 study focused on the effects of this herb over six weeks on bladder activity in elderly men with overactive bladder symptoms. According to this study, significant improvements in overactive bladder symptoms were observed."

Researchers believe that Gosha-jinki-gan may be an effective treatment for men with benign prostatic obstruction.

Horsetail treats a variety of urinary woes, such as urinary incontinence, urinary tract infections, and bladder stones. Though research doesn't indicate that it is effective specifically for OAB, it's effective for general treatment of the bladder is promising.

Of note, only the above-ground portion of the horsetail is safe for human use.

Saw palmetto, a beautiful tree common in Eastern parts of the United States may treat symptoms of OAB!

The berries of the saw palmetto tree are the portion of the tree that is likely effective. According to the National Center for Complementary and Integrative Health (NCCIH), it has been used as a traditional treatment for men with OAB who also have prostate problems. However, research is lacking – the NCCIH also did conduct a study and found that saw palmetto did not reduce urinary symptoms any more than a placebo.

Each supplement may have their own set of side effects, but common symptoms associated with these supplements include:

These problems can be intensified when taking more than one supplement at the same time.

Also, horsetail also has a diuretic effect. Though it may be beneficial for bladder health, it may also increase bathroom trips.

Unless noted by your healthcare provider, herbs shouldn't be taken while pregnant or breastfeeding.

Are Herbs and Supplements Safe?

This is the classic "yes and no" answer….

Also, the U.S. Food and Drug Administration (FDA) doesn't approve herbs as effective treatment methods. As such, they do not regulate them.

Treatment of OAB should be discussed extensively with a healthcare provider. Typically, symptoms can be managed with a program of lifestyle changes – such as dietary changes and bladder training – and medications.

Discussing OAB symptoms can be challenging, but so is living with the symptoms. You'll feel much better once the symptoms are managed!